One more quick & dirty ESP8266 mockup: Open Sound Control to MIDI bridge. And this time ESP8266 runs as a WiFi access point to your mobile device (phone or tablet) sending the OSC messages (with TouchOSC for example): 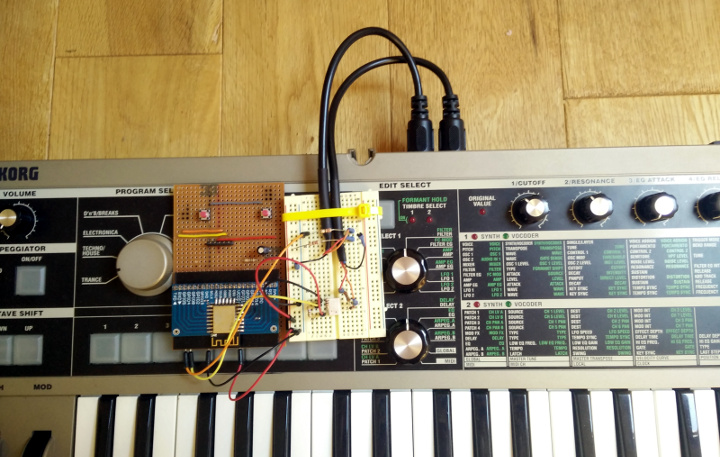 Combined with TouchOSC this can provide an additional very configurable control surface for one or more synthesizers (or pretty much anything with MIDI I/O).

Similar devices already exist but with ESP8266 it could be as cheap as £15 DIY kit compared to £50 - £150 range (I also cannot really find anything that can act as WiFI AP instead of attaching some kind of bridge adapter to the mobile device).

And here’s a quick demo video:

Currently (as mentioned) it’s only a mockup, but could be easily fit into a box about twice the size of 9V battery (including the battery). 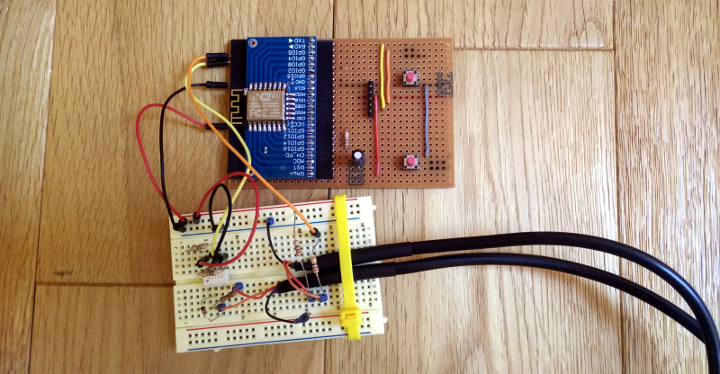 Another thumbs up to Espressif for such a cool system-on-a-chip!