I finally found a DIY retro computer kit that I always wanted: RC2014 (available as a kit on Tindie marketplace). According to the author himself:

RC2014 is a simple 8 bit Z80 based modular computer. It is inspired by the home built computers of the late 70s and computer revolution of the early 80s. It is not a clone of anything specific, but there are ideas of the ZX81, UK101, S100 and Apple I in here.

It’s pretty much everything I always wanted to build myself (but never had enough patience & smarts to design it): 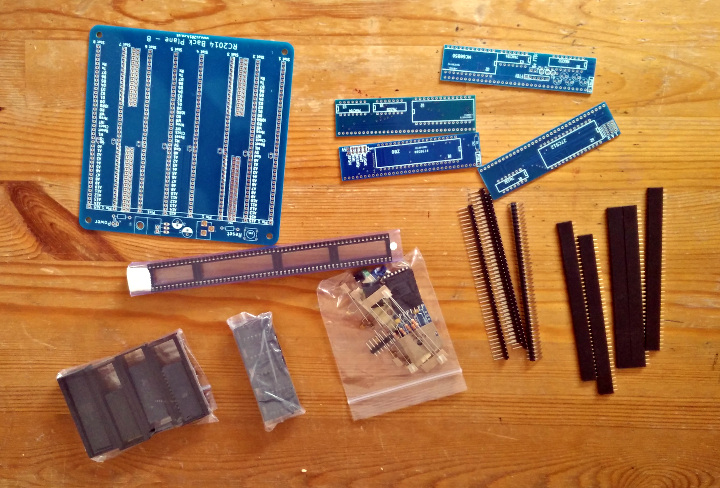 Aside the back plane this kit includes: 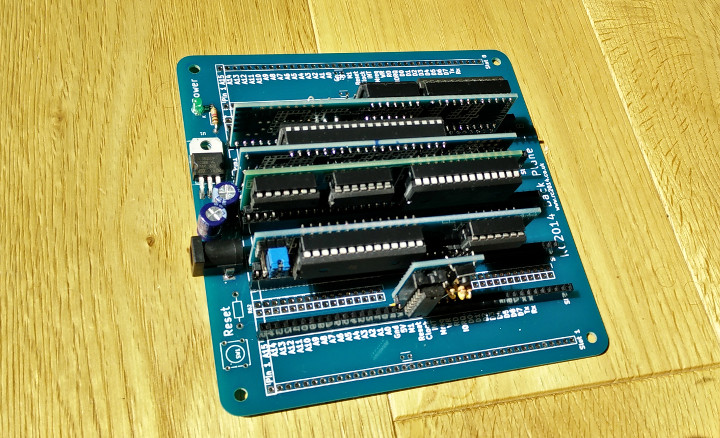 ROM chip in the kit comes pre-flashed with (drumroll) Microsoft Basic dating back to 1978! And that can be accessed via serial console. So this means you can connect RC2014 to a terminal. But since I’m not that crazy yet and I do not have enough space for that I opted in for simple FTDI USB to serial cable + minicom.

Eventually, after some debugging and circuit troubleshooting I got this: 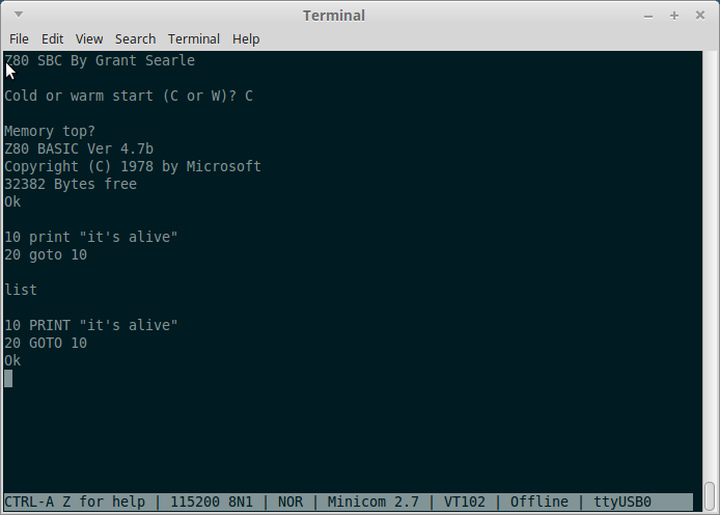 I think it’s actually running some code written by Bill Gates himself. Other than that I cannot do much else without some kind of permanent storage device or at least a ROM programmer. And it’s also somewhat unstable but I do not have the gear to diagnose it. Good excuse to finally get an oscilloscope I always wanted, eh?